At home: I felt really crappy and crampy after my “procedure” and I slept most of the day.
(Thanks Rachel, for describing it better than I could.)

The good news is that Doc said everything looked normal so that's one thing off my mind. Nick gave a sample… he took the day off with me to drive me home so we figured just get it all done in one day. We are still waiting on the results from that, but I am not too worried.

At work: Things have been pretty crazy. I got moved from the finance department to working the front desk for the whole company. I guess this is technically a promotion but for now it is only temporary. TEMPORARY.

The whole story is: there was a girl here that was pregnant and due May 1st. She ended up having her baby last week (2 months early!). So, this week coming up is the Big Show and now they are short handed and of course the company is not making as much money.

So they fired one guy that was working in finance and instead of firing me too they moved me here and the girl that was here is now training to do the new mom’s job. IF the new mom decides to come back to work after her maternity leave, I may or may not have a job, depending on how business is doing. BAD NEWS.

We are still going ahead with our kitchen project, I am expecting a check from a life insurance policy that I cancelled and we were going to use that money for the countertops and backsplash rather than using the Home Depot card because those are the really expensive parts and we didn’t want to finance that much. We used the credit card (before I found out about this mess) for the paint and bought a pantry cabinet that Nick and Dan already installed. (It looks great!)

I will post kitchen pics as soon as I bounce back.

I will just save that check for a rainy day (or 2 mortgage payments) but we are probably not going to Chicago because even if I do have a job in April I won’t have any vacation time until May.
Posted by Unknown at 5:08 PM 1 comment: Links to this post 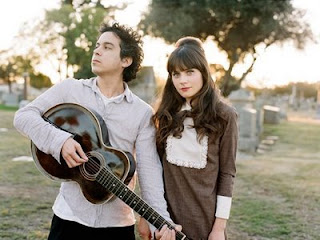 Got the test results back from my wonderfully long-winded Dr. Man. All hormone levels met his approval... which is a very very good thing!

Although I haven't "started" my next "cycle" yet... I think I can pretty safely assume that this month will be a bust... I got a negative HPT this morning.

For Valentine's Day hubby and I are going to eat at Steak ~n~ Shake (it's our tradition... what?) then stopping by the drugstore to pick up some Ovulation Predictor Kits. Romantic as hell, right?!?

On a brighter note, I am pretty darned pleased with my own attitude. It feels good to be taking matters into my own hands... makes me feel like I may still have a little bit of control a clue what's going on here. I am kinda lovin' life right now. I don't know where this "look on the bright side" attitude is coming from but hell, I'm taking advantage of it! I'm going to go spend the rest of the day with my husband!

Happy Valentine's Day!
Posted by Unknown at 1:24 PM 2 comments: Links to this post

So my doctor's appt was uneventful. They took some blood to check my hormones and make sure they're where they should be. Thankfully, my wonderful doctor did not say any of the things that make me angry. (i.e. "keep trying", "it'll happen when you least expect it")

The things he did say, not only made me feel better, but some even made me laugh... here's an example:
(the only one I can remember right now)

Doc: Are you having sex?
Me: Yes...
Doc: Good! This would have been a very short appointment if your answer had been No!

So now, waiting for test results... (I'm not even that scared!) and once those results are in, deciding if and when we will do the next test, which is an X-ray to make sure my tubes are not blocked. (Now THAT'S scary!)
Posted by Unknown at 4:36 PM 1 comment: Links to this post

Email ThisBlogThis!Share to TwitterShare to FacebookShare to Pinterest
Labels: TTC

My doctor's appt. has been rescheduled to Monday, the 9th.

Apparently, some baby decided that it was time to join the world at the exact time I had my appointment, so Dr. Man had to go deliver him or her.

Did I use italics enough to signify that I was being sarcastic?